XLA and AFAC Kick-Off Partnership with 2 Events in April!

XLA and AFAC Kick-Off Partnership with 2 Events in April!

During the month of April, XLA participated in and sponsored two events in support of our new partnership with the Arlington Food and Assistance Center (AFAC).

On April 19th, an energetic group of XLA employees went to the AFAC distribution center in Shirlington to pack “weekend backpacks” of healthy food for local children in Arlington. The event was a huge success, and the team was able to pack over 200 bags worth of food that will be distributed to those children in need. 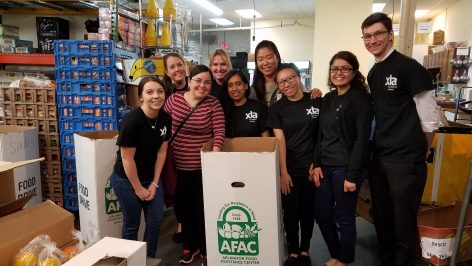 On April 29th, XLA sponsored the 5th annual BbG Obstacle Course Race to support AFAC.  XLA had two teams participate in the race and a number of employees volunteer with race-day events and fantastic cheering.  The 5K Obstacle Course was held in Arlington, VA at Potomac Park and followed scenic trails on the outskirts of Washington, D.C.  Obstacles included an army crawl, stream crossing, pushups, and burpees!  XLA CEO Gary Slack was on hand to provide some motivational words to the teams before the race.  Gary also expressed his thanks to AFAC for their contribution to our community and our newly formed partnership.  Throughout the race, XLA employees worked together as a team to motivate each other and finish the race– it was a great opportunity to build comradery and demonstrate true teamwork.  With the help of XLA and other generous donors, the event raised over $7,000 for AFAC! 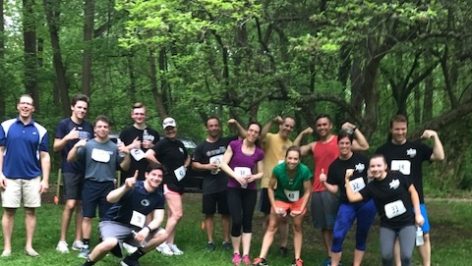 XLA was proud to sponsor such a wonderful organization and we look forward to our events in the future.  Check out our social media pages to find out when the next event will be scheduled!

XLA Lends A Hand is excited to announce our new charity partnership for 2017!  XLA has formed a relationship with AFAC, the Arlington Food Assistance Center, a non-profit organization dedicated to providing supplemental groceries and promoting dignified access to nutritious food to Arlington residents in need.  For over 25 years, AFAC has been able to obtain and distribute groceries, free of charge, to more than 2,200 families each week.  AFAC also distributes over 4.6 million pounds of food each year from 18 distribution centers in the Arlington area.  XLA will be kicking off the 2017 Lends A Hand season next month with a volunteer day of packing, sorting, and bagging groceries at the Shirlington Food Distribution center.

XLA has won a significant contract with the United States Agency for International Development (USAID), Middle East and North Africa (MENA) region. The Indefinite Delivery/ Indefinite Quantity (IDIQ) contract has a ceiling value of $25 million, a one-year base, and four 12-month option years.

USAID requires responsive, efficient, and reliable support services for the Middle East Regional Platform (MERP) and Missions and offices in the MENA region, including Egypt, Lebanon, Libya, Tunisia, Turkey, and Yemen. For economies to become resilient and prosper, the MENA region depends upon organizations like USAID to provide support and resolve such issues as slow economic growth, high unemployment, and scarce resources including water. XLA will directly support USAID’s mission to “end extreme poverty and promote resilient, democratic societies while advancing our security and prosperity.”

Services XLA will provide to USAID through task orders issued under the MENA Support Services IDIQ contract include support for:

XLA has built a strong relationship with USAID over the last 20 years and are thrilled to extend this longstanding partnership through this important initiative.

“Our team has a proven track record of executing successful projects in similar environments, and our qualified expert staff are at the heart of the success.”,  XLA Chief Executive Officer and President Gary Slack said.

If you are interested in opportunities supporting USAID and its mission refer to XLA’s www.globalcorps.com website for job openings.